A planet where all beings are ensured access to a sustainable and clean environment, health services and education. 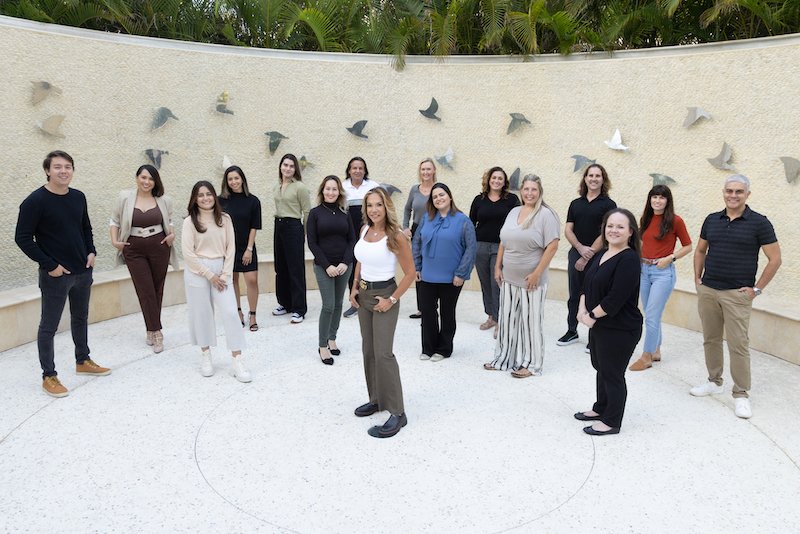 We believe that developing and sharing knowledge through facts and data accelerates positive global change. Through original research and analysis, and in collaboration with philanthropic and academic partners, we aim to enrich the lives of individuals, strengthen communities, and educate future generations. We track our progress using a variety of qualitative and quantitative approaches and we support programs that generate measurable, meaningful, and sustainable results.

Our Founders, David S. Vogel and Thais Lopez Vogel, have maintained a personal philanthropic portfolio for many years, largely comprised of public health and education programs. As they became more informed and noticed evident changes in the environment and climate, they set out to answer the hard questions by funding projects aimed at solving this major issue. In 2014, David and Thais formed VoLo Foundation. David, an MIT graduate, and Thais, a Venezuelan-born attorney, are the visionaries and heartbeat of VoLo. Together they built our team. They brought together some of the smartest brains and declared to put these top scientific minds to work.

In 2019, David and his team of experts took action to leverage the Foundation’s data science expertise to serve new purposes in the domain of health. Through the health initiative, the team will extend the focus to longevity and wellness data in seeking new paths to reduce hallmarks of aging, prevent diseases, and improve wellness metrics. 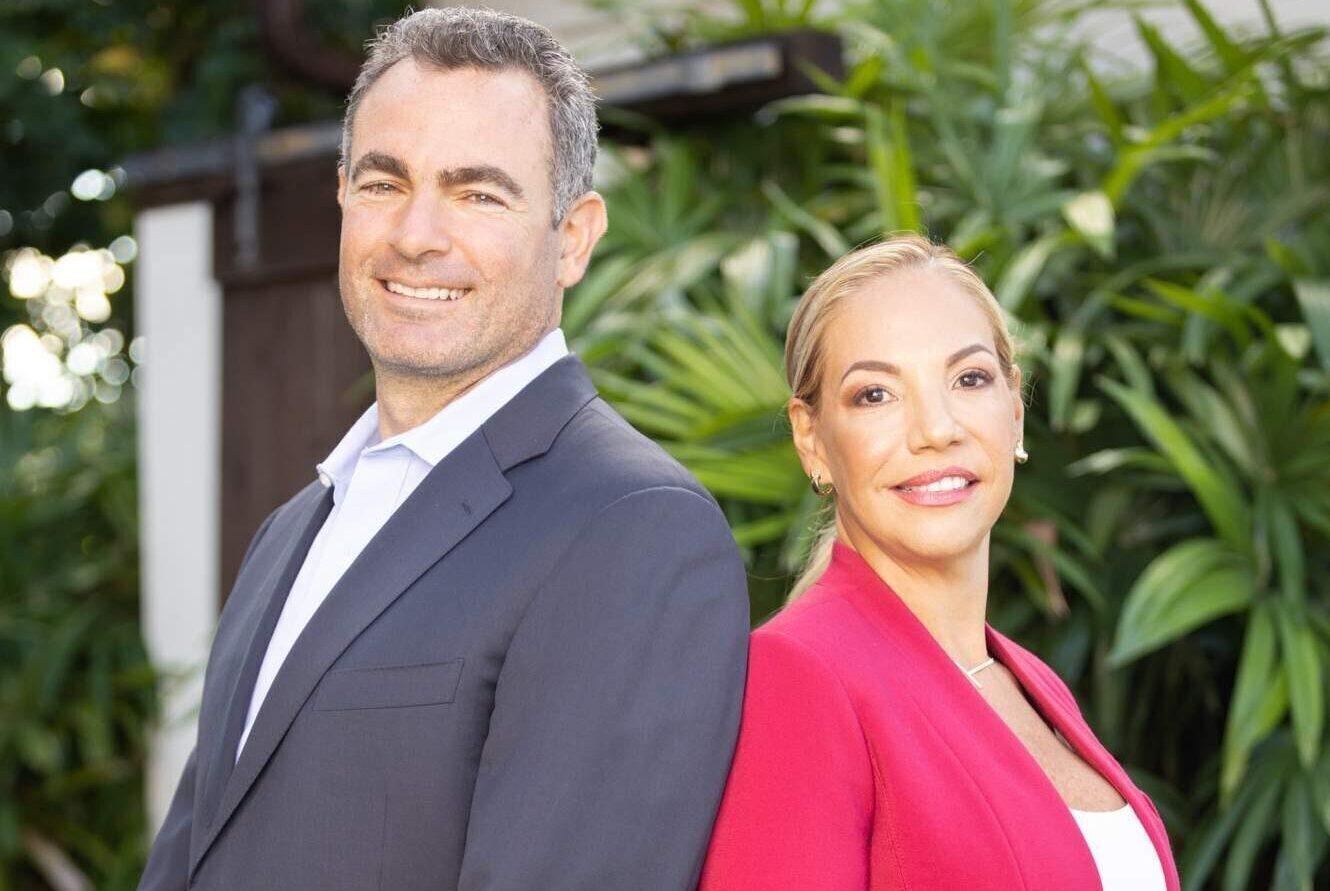 We are scientists, lawyers, philanthropic professionals, community leaders, and innovative thinkers. Half of us quantify the research and results and the other half interact with the community. We are deeply passionate about the health and wellness of our planet and we believe that data-driven research can accelerate change in our world. 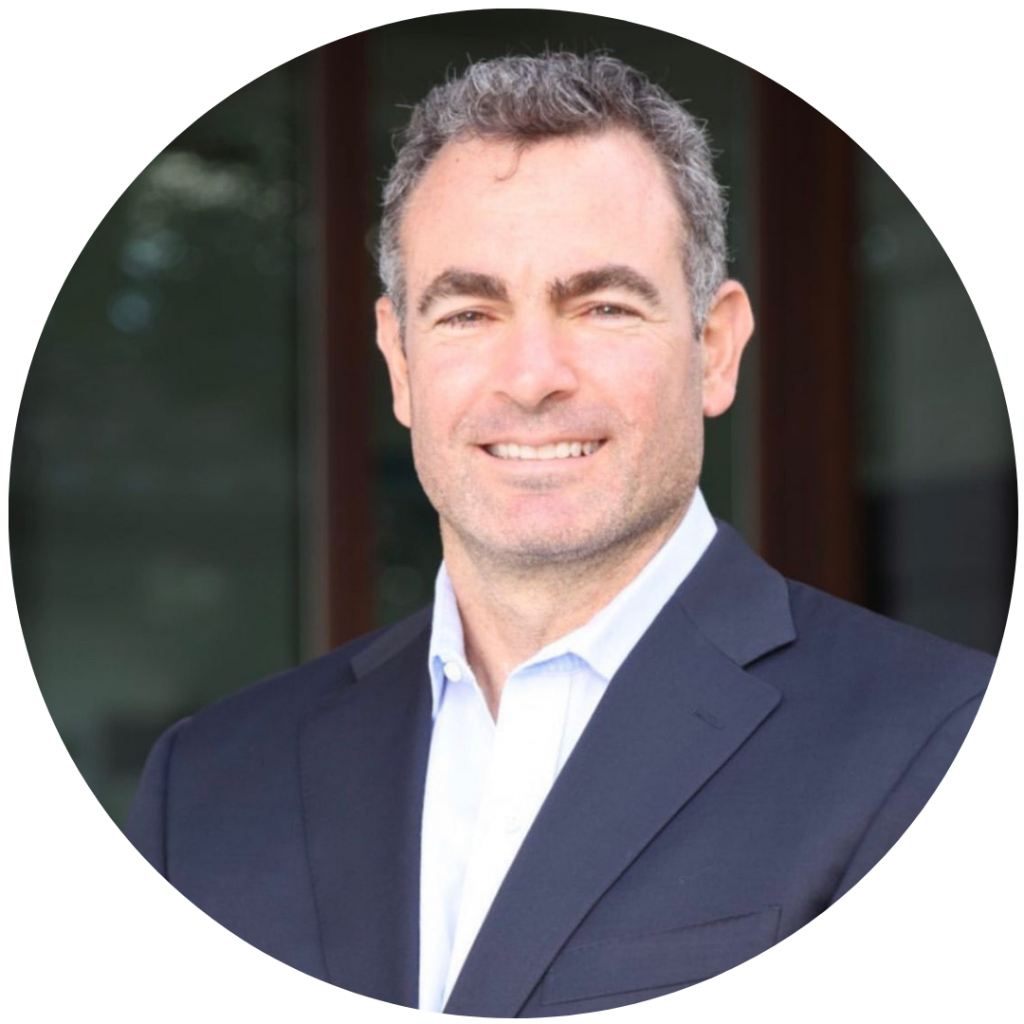 “David is known as one of the best in the field in building predictive models.”

David S. Vogel is a data scientist who has earned international recognition for his predictive modeling accuracy. He has won the prestigious KDD Cup several times and the Heritage Health Prize in 2013. As the Founder and CEO of Voloridge Investment Management, LLC, an award winning quantitative hedge fund, David has been expertly quoted in Bloomberg, Barron’s and others on charitable and financial topics. He currently serves as Board Member to Environmental Defense Fund, JUST Capital, and Amplio. He is part of the Climate-Related Market Risk Subcommittee at the Commodity Futures Trading Commission. As Trustee of VoLo Foundation he conducts scientific data research gathered to create awareness around the effects of climate change. He has a Bachelor of Science degree in Mathematics from Massachusetts Institute of Technology and a Master of Science degree in Scientific Computing from New York University.

Having spent many years as a preeminent voice connecting science and climate change to raise awareness on the topic, David and the VoLo Foundation team are widening their focus into epigenetics, gut biome, and multi-omic data analysis. Through research funding and collaborations with top scientists, David applies his data modeling expertise to assist with cutting edge research that has the potential to maximize longevity and optimize health. 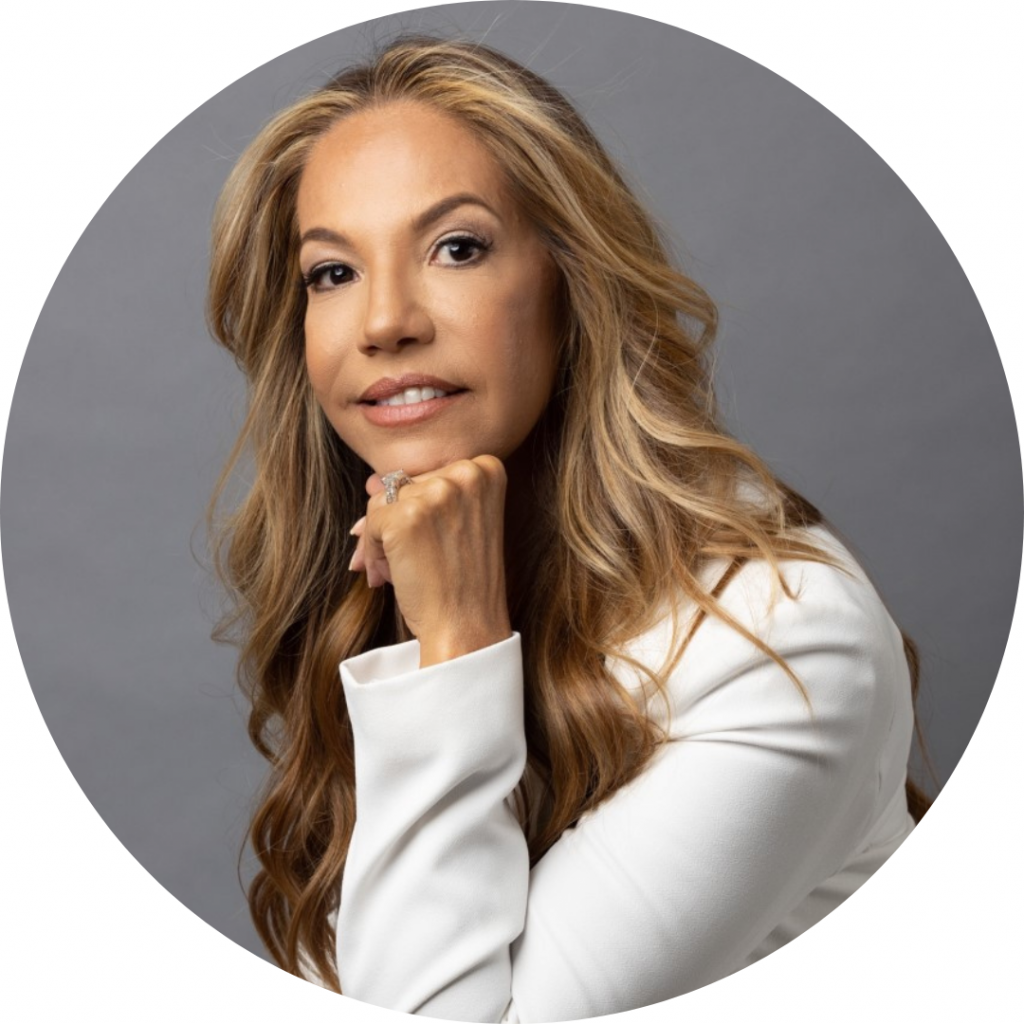 “Thais is a powerhouse for change. She sets goals and achieves them with intelligent passion.”

Thais is a native of Caracas, Venezuela. Before moving to the United States, she worked for Petroleos de Venezuela Sociedad Anonima (PDVSA), a Venezuelan State oil company and the 39th largest company in the world. As our Trustee, Thais is responsible for setting priorities, approving strategies and allocating resources. She envisions VoLo playing a leadership role in expanding awareness of environmental issues. As a visionary, she created Florida Climate Week making it the most important climate focused event in the Southeastern United States. Her focus is expansive to include childhood education and global health care, which she believes are core building blocks for a sustainable future.

As a mother of six, she aims to set our goals and values as an extension of the principles she instills in her children. In 2019 and 2020 Thais was named one of the 100 Most Influential Latinos Committed to Climate Action. She is a board member at Environmental Defense Fund, American Conservation Coalition, Tiffany Circle at the American Red Cross, Water People Theater in Chicago, and also participates in several local community-focused committee groups in the Palm Beach area. Thais attended school at Colegio Emil Friedman and received her law degree from Universidad Catolica Andres Bello. 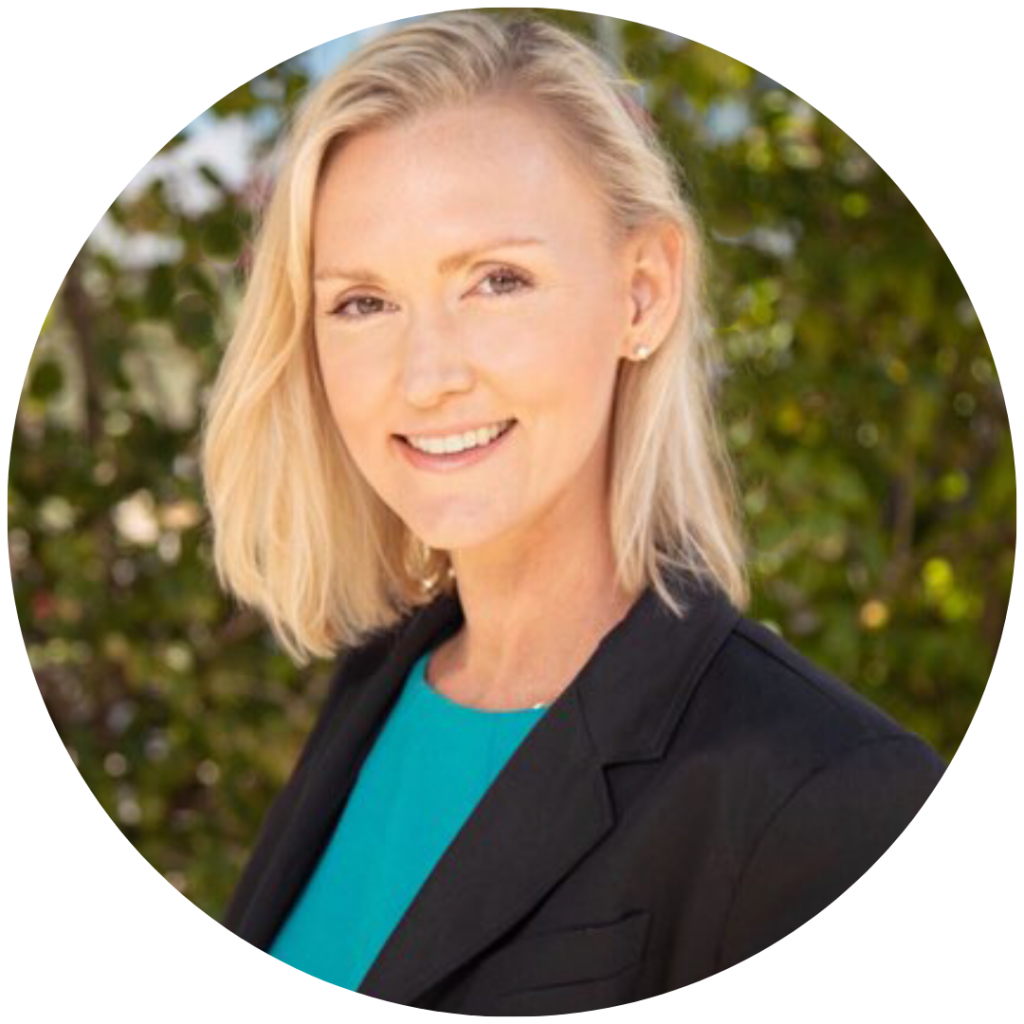 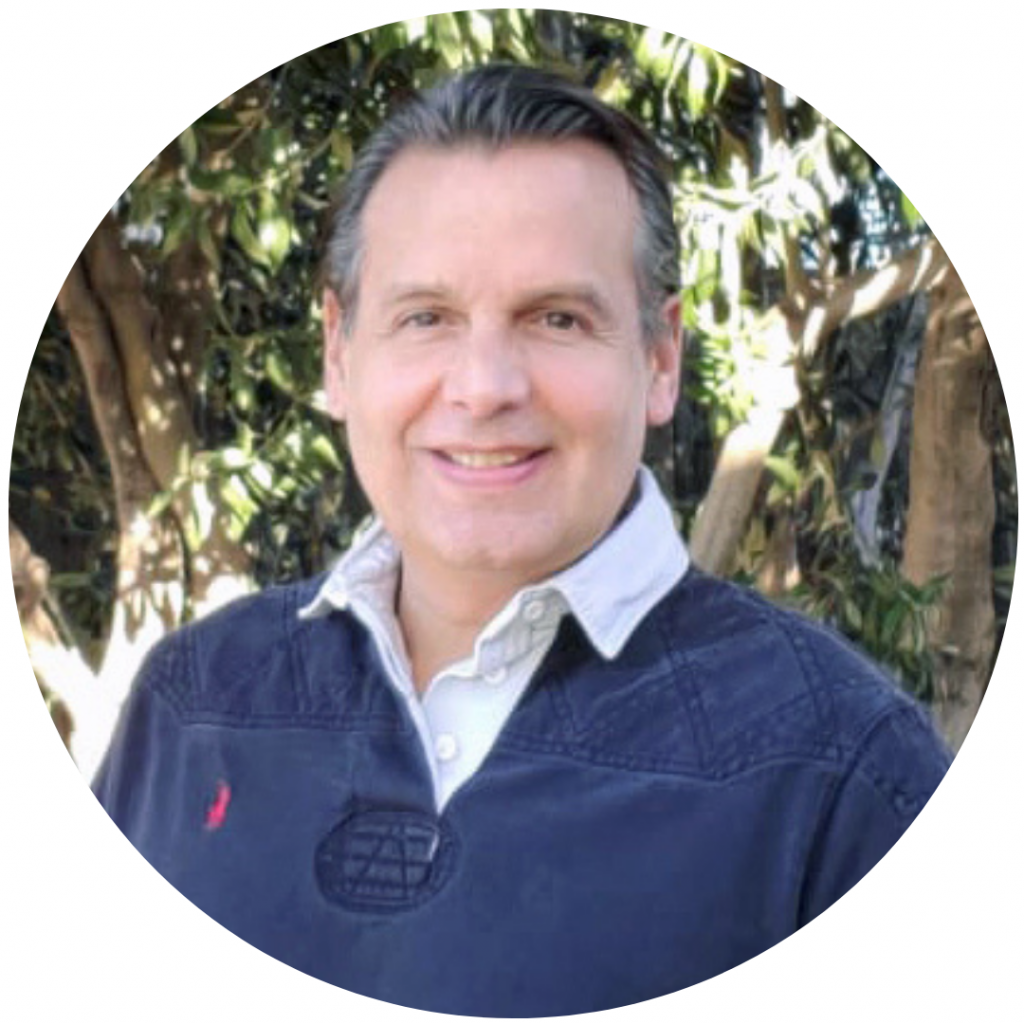 Alex is responsible of overseeing VoLo’s editorial publications, posts, translations, reports, newsletters, press releases and articles. He holds a Bachelor’s degree in Hotel Management from ‘Instituto de Nuevas Profesiones’ in his hometown, Caracas, Venezuela. Simultaneously, he received a scholarship from the National Academy of Arts and Sciences for TV and Film; following a successful twenty-year career in the Venezuelan and the Peruvian television industries. During a two-year hiatus, Alex traveled to Orlando, FL and joined the UCF English program for international students, graduating with honors; this led him to land his first job as editor at Platts Oilgram News in New York City. Later on, while living in Perú, he obtained an Associate degree in Graphic & Web Design from Trilce Community College, as well as a bachelor degree in Gastronomy from Alas Peruanas University, both located in Lima. His proficiency along with an outgoing personality and dependability propelled him to positions of responsibility, managing and supervising staff while ensuring quality of service and presentation, budget management, and staff training; remarkably elevating the standards of the establishments under his management. 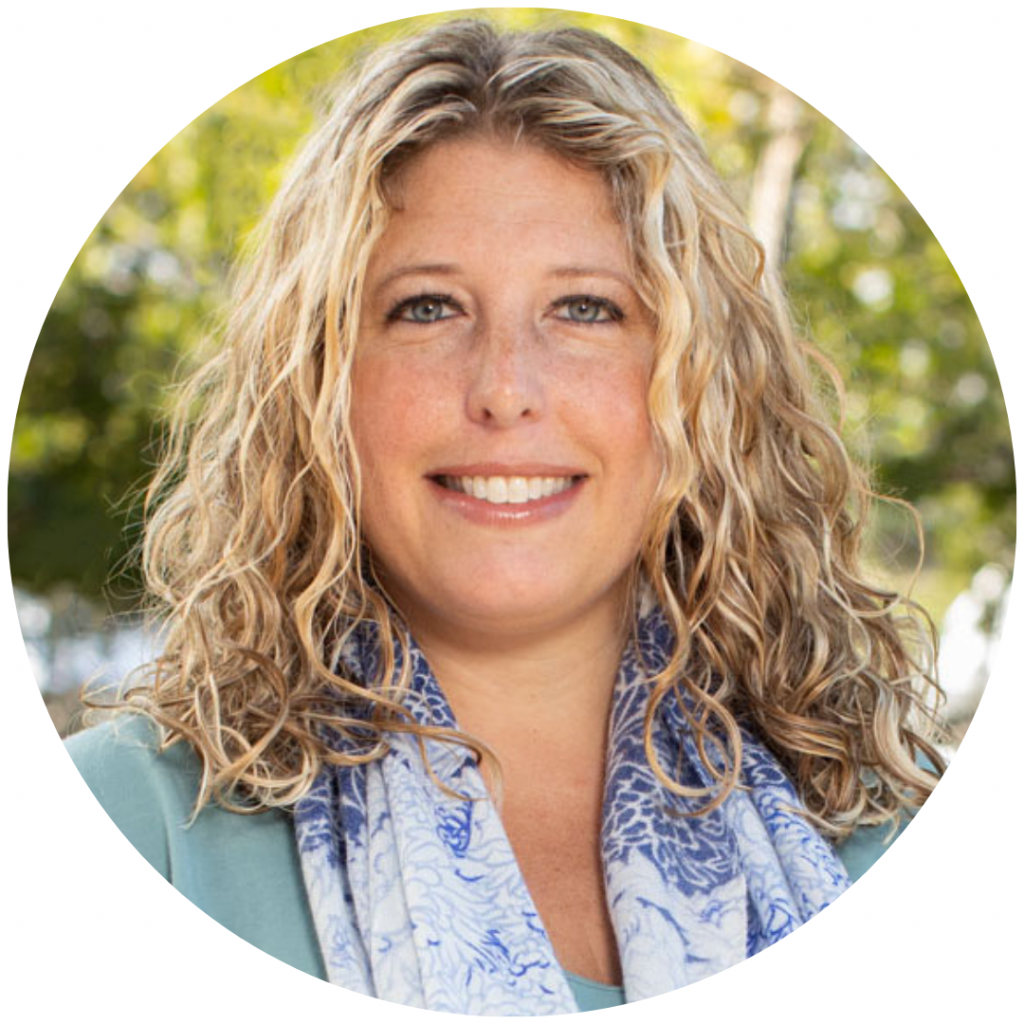 Shannon is a world-class and seasoned nonprofit communications professional. After bringing VoLo online through web and social media strategy, she led the creation of VoLo Climate News and is now host of Climate Correction Podcast. With a deep understanding of consumer psychology and detailed organization her work is cutting-edge, moving and effective. Shannon holds a Bachelor of Science dual degree in Psychology and Sociology from Palm Beach Atlantic University. 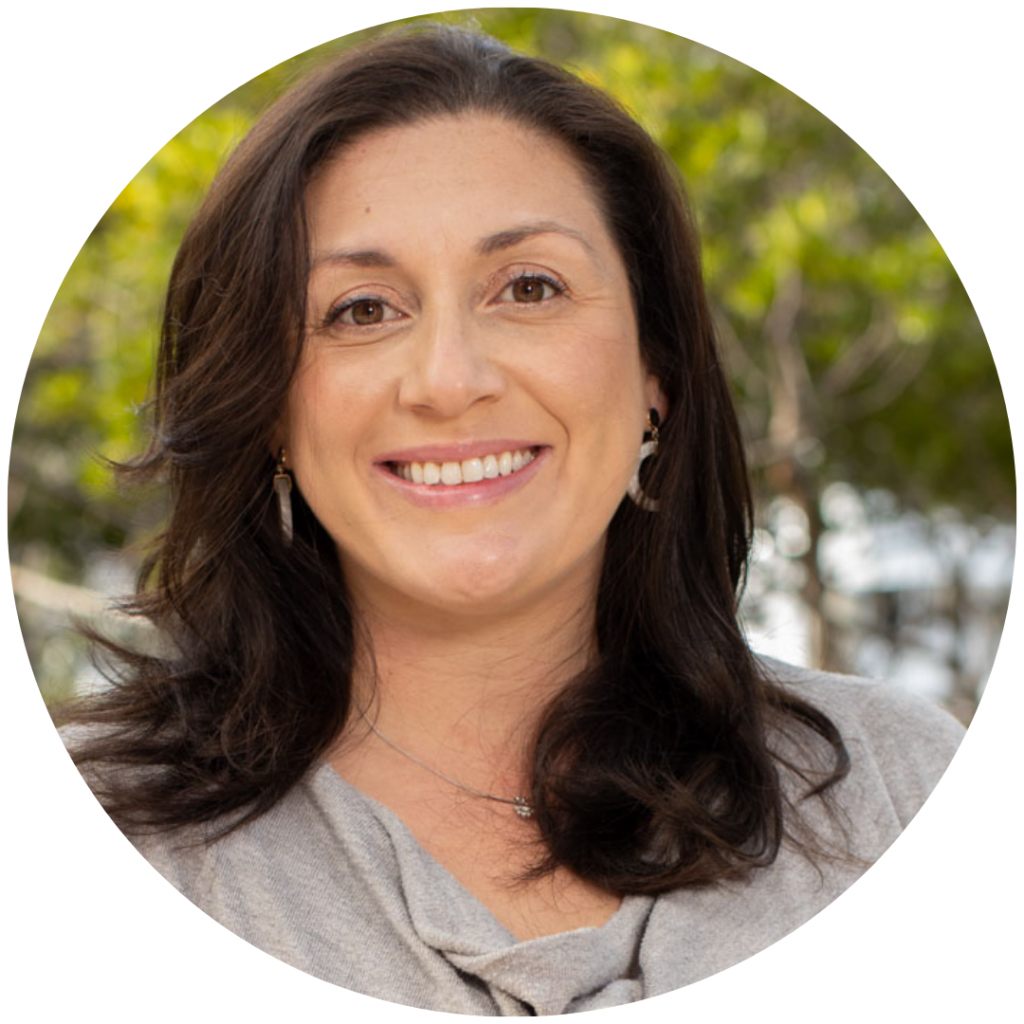 Nicole serves our VoLo team as Communications and Program Coordinator. Nicole brings sustainability experience as a LEED Certified Green Associate and a decorated work history with several environmental and sustainability businesses and non-profits, including ReThink Energy Florida and The Committee on Sustainability Assessment (COSA). She holds a Bachelor of Arts degree from Florida State University, as well as a Master of Arts degree in Global Sustainability from the University of South Florida. As a mother, Nicole’s passion for helping secure a livable future for her children is paramount. 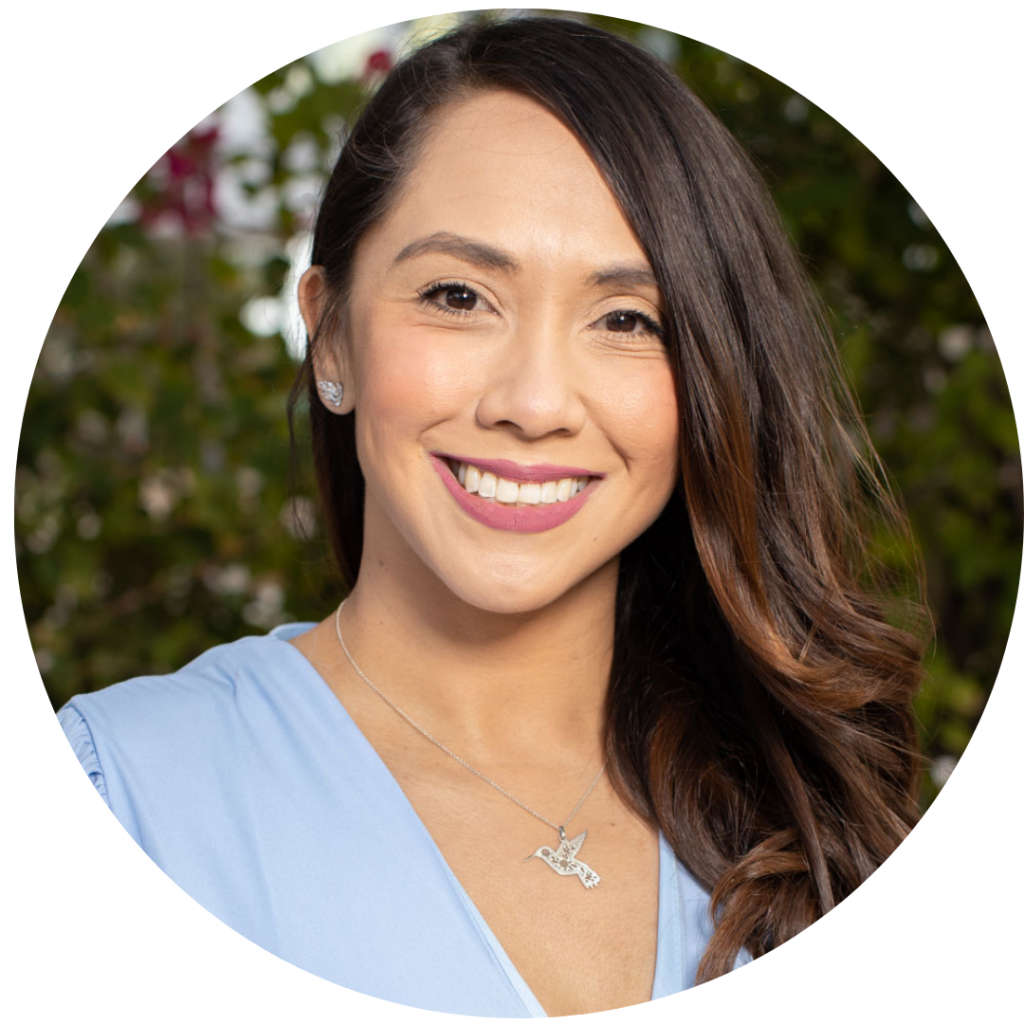 As Creative Director, Stephanie manages creative products from start to finish and develops ideas for social media and other digital and traditional marketing activities. Her role includes planning and storyboarding ideas, designing and editing graphics, creating videos and infographics, writing Spanish content for traditional media, and assisting our team to develop a monthly creative strategy. Stephanie holds a Bachelor of Communications degree from Universidad Mesoamericana from her hometown city, Guatemala. She enjoys informing, educating, and creating awareness about climate change in our Latinx community. 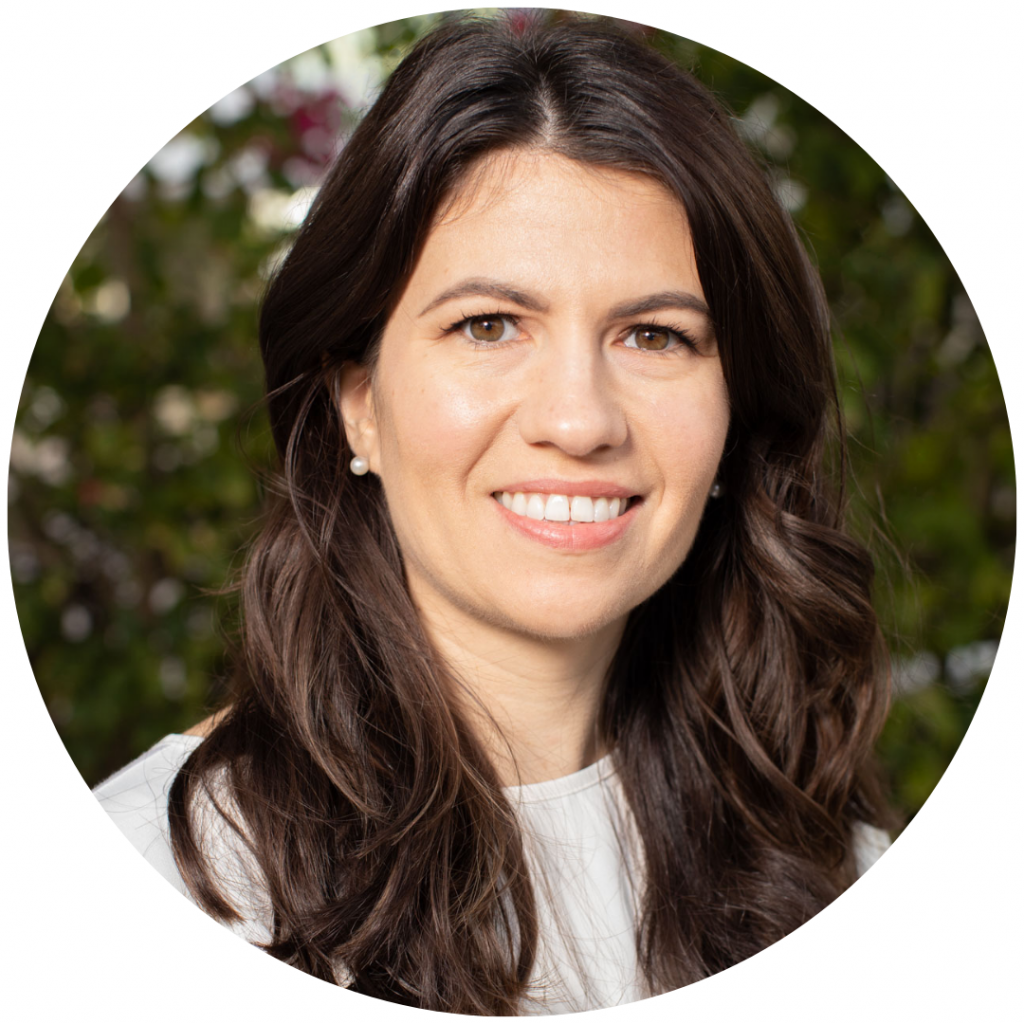 Stephanie is responsible for expanding VoLo’s mission and research through digital media outreach. With over 10 years of experience in marketing and communications, she specializes in making connections online through social media, newsletters, paid digital advertising, and website copywriting. Stephanie holds a Bachelor of Arts degree from Mississippi State University. A South Florida native, she is passionate about preserving the environment for future generations. 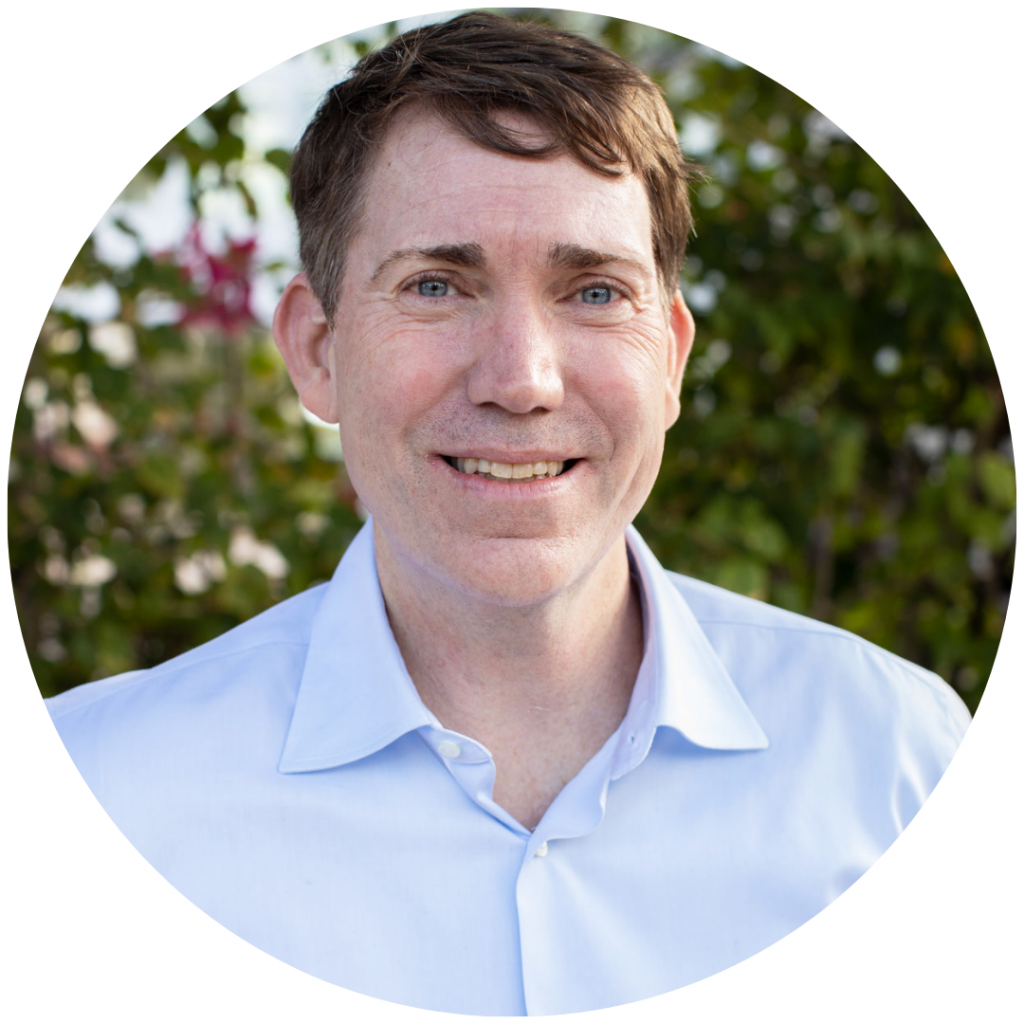 Andrew is a Senior Research Analyst at Voloridge Investments focused on quantitative climate research. Prior to Voloridge, Andrew was the Macro Portfolio Manager at Citadel Asset Management’s Global Fixed Income Fund. Additionally, he has over twenty years of experience working for investment banks in London and Tokyo. Before that he gained significant experience as Portfolio Manager for Brevan Howard AM and JWP Partners, U.S. His experience also includes eight years as an advisor to and employee of the National Resources Defense Council, a nonprofit focused on energy, health and climate-related policy and governance issues. He has served as an advisor to ClimateWorks on the topic of impact investing and speaks at Columbia Law School and Congressional Briefings on issues related to climate finance. As our Advisor, he is responsible for helping us execute our mission, specifically as it relates to climate change. Andrew has a Bachelor degree from the University of Michigan. 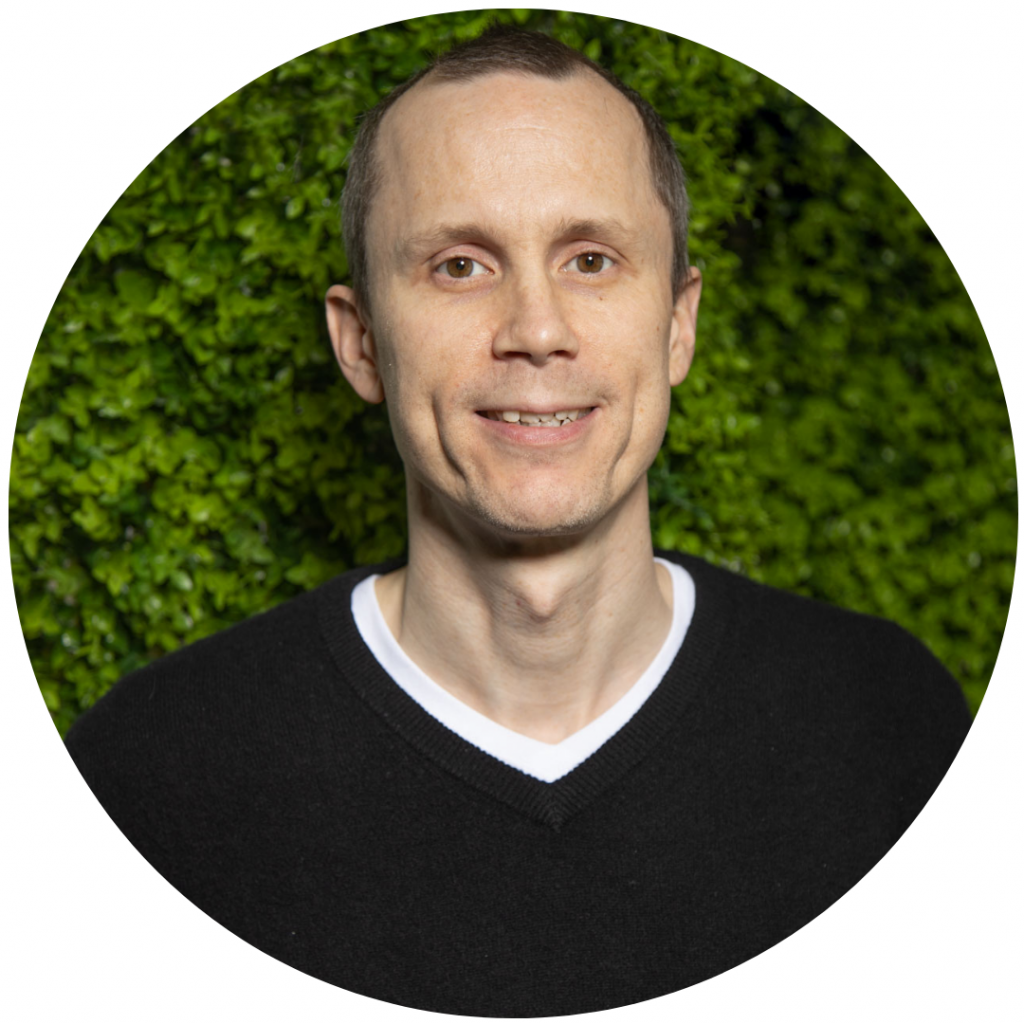 Christopher joined our team following a successful twenty-year career in nonprofit management and public policy research. Three of those years were spent as a project manager/research associate in the health unit of the ‘RAND Corporation’. While there his work focused on clinical quality and performance measurement. The previous five years were spent at the Institute for Health Policy Solutions where he expanded affordable health coverage for working families in California. He also spent two years as an independent nonprofit management consultant in Boston, MA. He is currently a data analyst for Voloridge Investment Management. As our Advisor, he is responsible for helping us execute our mission. He brings his many years of experience to our roundtable by offering meaningful feedback and constructive advice. Christopher holds a Bachelor of Science degree in Linguistics from the Massachusetts Institute of Technology and a Masters Degree in Public Policy from the Goldman School at the University of California, Berkeley.