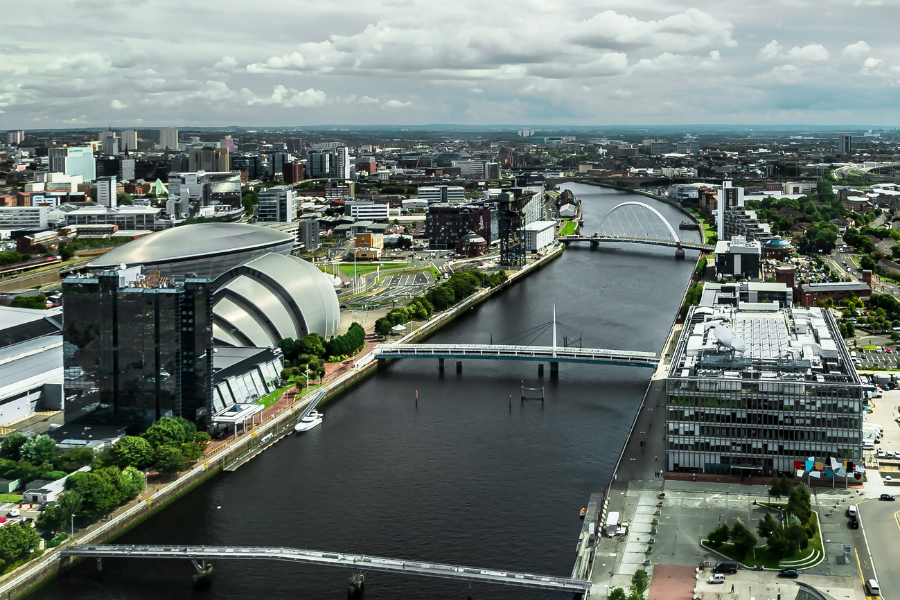 The 26th United Nations Climate Change Conference was held in Glasgow (Scotland) from October 31 to November 12, 2021.

Among the attendees, we would like to highlight Ramón Cruz Díaz, president of the Sierra Club Board of Directors. The special mention we make to him is for being the first Latino in the presidency of this environmental organization.

Cruz emphasizes justice and equity in environmental issues. He spoke from Glasgow, where he attended COP26, for a meeting with the media organized by Ethnic Media Services.

The agreement, although not legally binding, set the global agenda on climate change for the next decade. It was agreed that countries will meet next year to commit to further reducing emissions of greenhouse gas concentrations that causes climate change.

There are also commitments to significantly increase funding to help less favored countries cope with the effects of climate change and switch to clean energy. World leaders agreed to phase out subsidies that artificially reduce the price of coal, oil or natural gas.

Among the main concerns raised at the event, developed countries were singled out for blocking resources to mitigate the impact climate change has already had on developing nations.

Meanwhile, migration and the lack of resources in these countries would only accelerate the pace of climate change, according to the specialists in attendance.

Ramón Cruz Díaz is a graduate of American University in Washington D.C. and Princeton University in New Jersey. He has worked as deputy director of Puerto Rico’s state environmental regulatory agency, and has held senior positions at the Environmental Defense Fund, the Partnership for New York, and the Transportation and Development Policy Institute.

Regarding his experiences at the recent meeting in Glasgow, Cruz Díaz noted topics that were discussed, such as successes in addressing climate change, policies, processes and international collaborations, the countries that have adopted the documents and the omissions of nations such as India and China regarding this matter.

He warns that already 85% of the world’s population is affected in one way or another by global warming. However, although the goals have not been achieved, he considers that “We are on a path of progress, not regression”.

He considers himself optimistic in spite of everything, and assures that the criticisms come from people who do not understand the complexity of the processes.

The expert says that COP26 made progress in several areas.  For him, the most important was that “Countries agreed that the most developed nations must provide resources to help vulnerable ones combat climate change”.

He also highlights that important commitments were made to reduce deforestation, curb down methane emissions, put an end to international financing of fossil fuels and accelerate the elimination of coal.

For the environmentalist, confidence in the United States has been torpedoed in recent years. The climax of this adverse stage was the abandonment of the Paris Agreement.

However, Cruz sees it as positive that the current administration is putting the environmental issue on its agenda. He warns that he does not see enough adequate policies on the part of the U.S. federal government, so it will be up to regional and local governments to do more on their part.

He applauds the goal of closing more than half of the coal plants and advises countries to do their part. However, he fears for the availability of the necessary financial resources because “We don’t have the time”.

It is estimated that by 2050, between 48 and 216 million people may become climate migrants in the countries of the developing world, including Latin America.

The shocking statistic was mentioned by Alex de Sherbinin, Associate Director of Science Applications and Senior Research Scientist at the Center for International Earth Science Information Network (CIESIN), Columbia’s School of Climate and its Earth Institute. De Sherbinin is an expert on climate migrations.

He says global weather patterns have changed over the past century, leading to more extreme events, including hurricanes, heat waves and droughts.

“Climate change has also accelerated population mobility. People from areas with less rainfall will migrate to areas with abundant soil and water,” he explains.

Dana Johnson is Senior Director of Federal Strategy and Policy at WE ACT for Environmental Justice. She argues that it was the political timing in the United States that put the country at a disadvantage, as it failed to come up with a strong plan that embodied a commitment to environmental justice.

For Johnson, it was inappropriate for energy companies to set up exhibitions at the conference to talk about supposedly green technologies. She considers them “false solutions” that are ineffective in addressing the current status of the problem.

The activist calls for addressing what she describes as environmental racism, which affects people of color and low-income people. She lists them as being affected by “bad governance, disenfranchisement and economic inequalities”. She cites India and Africa as examples of areas she considers sacrificed for the consumption of others.

Johnson adds that there is an urgency for an environmental justice movement. “People need to be involved in decision making, to contribute to what happens in their communities”.

Regarding the specific situation in the United States at the present time, she supported the appointment of environmental lawyer Brenda Mallory to head the White House Council on Environmental Quality.

Read the Article
PrevPreviousWe Need to Empower the Next Generation of Climate Leaders
NextClimate Change and COVID-19: The Perfect StormNext