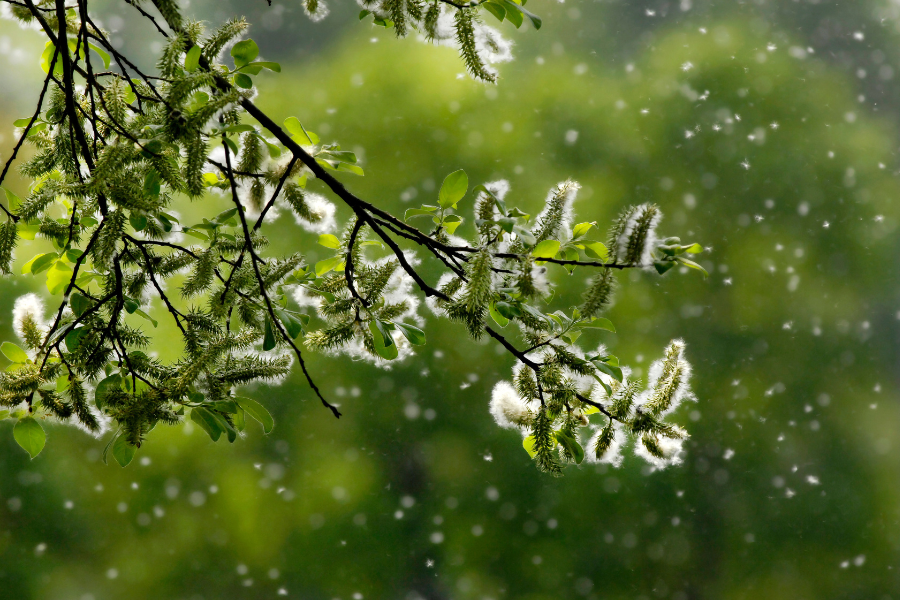 Climate change is already causing significant changes in temperature, air and water quality. As a result, human health is being affected, especially regarding respiratory allergies such as asthma.

Currently, allergic diseases affect nearly 30% of the world’s population, with the greatest growth in low- and middle-income countries, wrote Marc E. Rothenberg, MD, PhD, director of the division of allergy and immunology at Cincinnati Children’s Hospital, in an editorial published in The Journal of Allergy and Clinical Immunology.

In an article for Nature Communications, researchers Yingxiao Zhang and Allison L. Steiner, of the Department of Climate and Space Science and Engineering at the University of Michigan, stated that warmer temperatures advance the onset of spring emissions by 10 to 40 days and the onset of summer/fall weeds and grasses by 5 to 15 days, in addition to lengthening the duration of the season. Also, temperature increases total annual pollen emission by 16-40%.

Increased atmospheric CO2 can increase pollen production, and a doubling of production along with climate will increase emissions by the end of the century by as much as 200%.

According to the Asthma and Allergy Foundation of America, approximately 25 million people in the United States suffer from asthma. This equates to approximately 1 in 13 people. They also say that the burden falls disproportionately on people with low incomes, older adults, blacks, Hispanics and American Indians/Alaska Natives. These groups have the highest rates of deaths and hospitalizations.

Asthma is a chronic disease that causes inflammation and swelling of the airways. Symptoms include shortness of breath or wheezing, coughing, and chest tightness or pain. It can be life-threatening.

Asthma attacks are often triggered by pollutants and allergens such as pollen, exhaust fumes (traffic pollution), air pollution (such as that caused by forest fires) and airborne particles.

In addition, individuals with asthma are more susceptible to the adverse respiratory effects of ozone exposure than non-asthmatic individuals under similar circumstances, as stated in the article “Effect of ozone on respiratory responses in subjects with asthma,” written by J Q Koenig and published on the National Library of Medicine website.

Climate change is already having these effects, especially in developing countries as they become more dependent on fossil fuels.

All this information makes us understand the urgency of meeting the goals of the Paris agreement and of finding mechanisms to reduce carbon and greenhouse gas emissions, such as putting a price on carbon.

Scientific data helps us find solutions to reduce suffering and bring the greatest possible well-being to people. For people affected, such as asthma patients, we must do our best to help contain climate change.

Read the Article
PrevPreviousClimate change and food
NextHow much time do we have left to fight climate change?Next