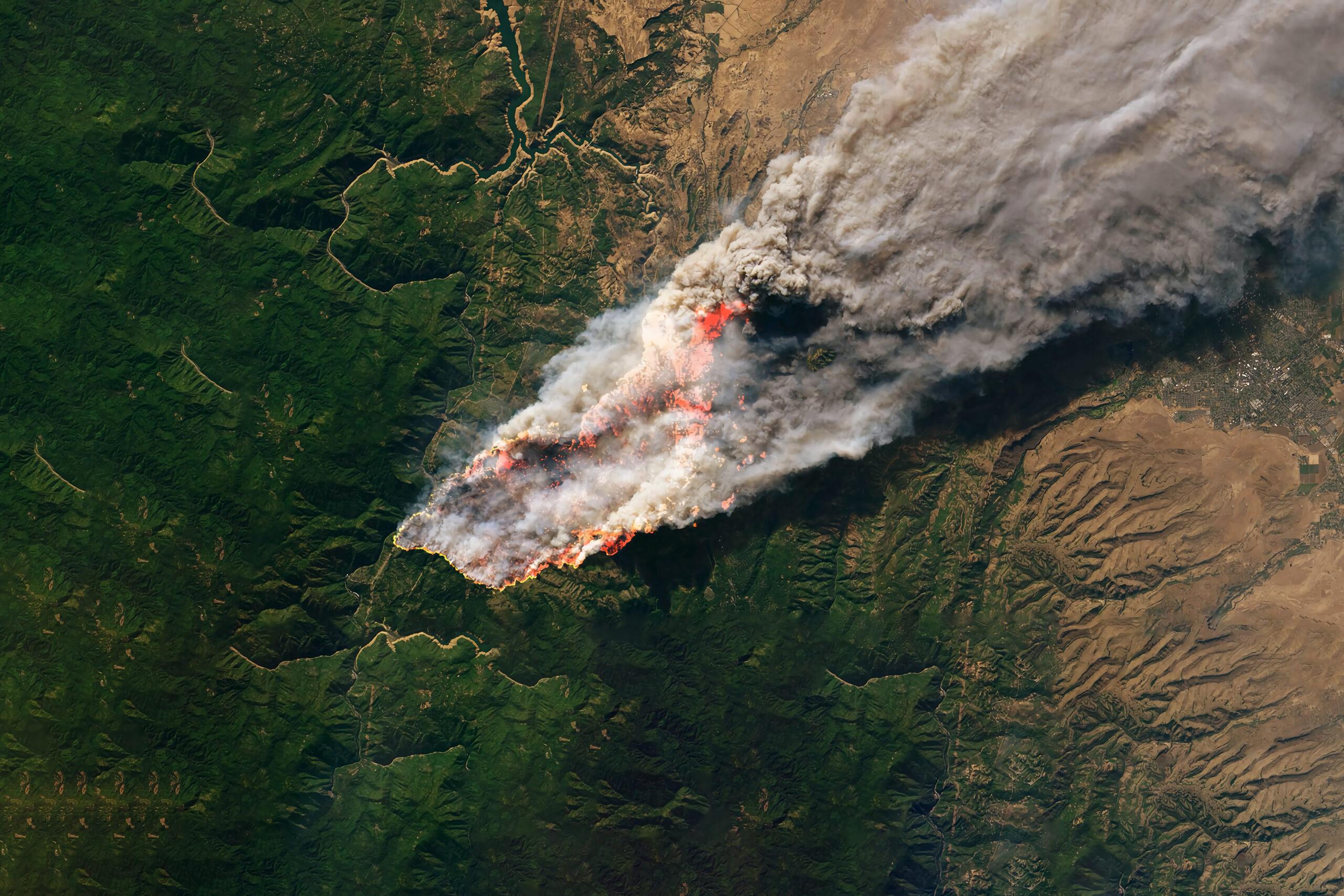 While the attention and efforts of almost the entire planet are focused on defeating COVID-19 and its variants, the other problems that threaten humanity keep moving forward, even if we do not pay the same attention to them as we did before.

An example of this is climate change, one of the biggest concerns of our time, which has been lessening its presence in the headlines and giving room to the virus. But that is not to say that it does not continue to advance.

However, the California fires were more potent last year, reminding us that there is an urgent task to be addressed that cannot be neglected. And this is just one example of what is to come.

Specialists warn that, together with climate change, the not yet fully controlled coronavirus pandemic may become a highly dangerous duo for humanity.

The fires of 2021 were exceptional, according to California records. This was stated at the time by Dr. Anthony LeRoy Westerling, who is a professor specializing in climate change and wildfires at the University of California, Merced.

He claims that climate change is impacting the severity and frequency of wildfires. “It’s not a one-time thing that happens once and goes back to normal. This is going to increase for the rest of our lifetimes, in the state of California and across the planet.”

Regarding the state’s increasing vulnerability to the tragedy, which is now annual, he said that we are facing a threat to many communities, “Since they not only affect those who live nearby, but far beyond, because of air pollution.” The academic reveals that the problem has been tracked for 150 years.

He warns that “We are very concerned about the economic, psychological and public health impact that there will be in the middle of the century, in less than 30 years. This is not the world we want to live in, a world where this happens all the time”.

He calls for a multi-faceted approach to the issue. “We have to stop climate change, reverse the carbon in the atmosphere. Reduce the impact of fires. Think in a more organized way about our communities: where would we build housing?”

And he adds, ” We have to look at dealing with safer housing options. We would be much better off. We have to engage with science in policy design. Every political party should listen to science so they can plan.”

Dr. Robert Bullard is a Distinguished University Professor of Urban Planning and Environmental Policy at Southern Texas University. He also directs the Bullard Center for Environmental and Climate Justice.

Describes himself as “A sociologist who has worked with intersectionality of environment and race for 40 years.” He considers environmental pollution plus COVID-19 to be a missile for vulnerable populations in their health, as well as for those who are sensitive to changes in the environment.

He recalls that “Particles in the air or heat areas increase the possibility of dying, if we add COVID it is worse”.

For him, we have to add “redlining”, which has defined where populations of color can or cannot buy homes, something that began in the 1920s and 1930s. “That was why Hurricane Katrina affected people of color more. The government is slower to respond to disasters in poor communities,” explains.

To make matters worse, he complains about Federal Emergency Management Agency (FEMA).  “Their policies have inadvertently created an additional step of waiting. “This ends up causing more health problems,” he says.

Among the data he provides, he states that “In 46 states people of color live with more pollution than white people, in percentages that rise to 30%. African Americans are three times more likely to die of asthma, an ailment that is 10% for children in that community. This is what he calls “climate racism”.

He adds that “If we do nothing, we’re going to have a 6% loss in GDP, focused on vulnerable communities. That will rise to 20% in the south of the country, because of the greater number of poor regions it is home to.”

In conclusion, his recommendation is that “Climate action plans must take into account equity, as well as racial and economic justice.”

The world’s most vulnerables

Rajendra Shende, Ph.D., is president of the TERRE Policy Center and former director of the United Nations Environment Programme. In 2007, Dr. Shende and a handful of scientists working with the Intergovernmental Panel on Climate Change shared the Nobel Peace Prize with U.S. politician and environmentalist Al Gore.

According to the specialist, in 2020, which for him was the most difficult year in the last 140 years and the most abrupt in the history of humanity, “we did not know how to manage knowledge”. And the healthcare system was not prepared.

The greatest irony for him, is that “This little invisible virus attacked countries armed to the teeth”. He believes that our future looks very dark and even compares it to the disappearance of the dinosaurs. He cites “The Sixth Extinction.” And he doesn’t see it as far off.

The two disasters that threaten us are, for him, health and climate change. Shende fears another pandemic.

He showed a video entitled “Climate 30”, with which he warned that, if certain urgent measures are not taken, by the year 2030 we will face an even worse disaster.

Among the potential calamities detailed, he showed climate refugees leaving the coasts to march inland, flooded hospitals, scarce availability of food for distribution or water for hygiene and sanitation.

And he stresses, “For this we are giving a warning. For COVID-19 there was no warning and now we already know that being prepared is very important.”

“We have seen that Asia and Africa suffer more from global disasters. Those who have more money can cope better, the disproportion the suffering of poor people in these situations is huge.”

He believes that all this must be addressed with a shared responsibility agenda: “People who consume more and pollute more should pay for those who did not consume and did not create pollution”.

And he warns that now there are also health issues to deal with. He hopes that, although each country has its own way of doing it, this will be done under the leadership of the United Nations and that those most in need will have the necessary vaccines and assistance, in the same way that countries with more resources should help those less favored with respect to climate change.