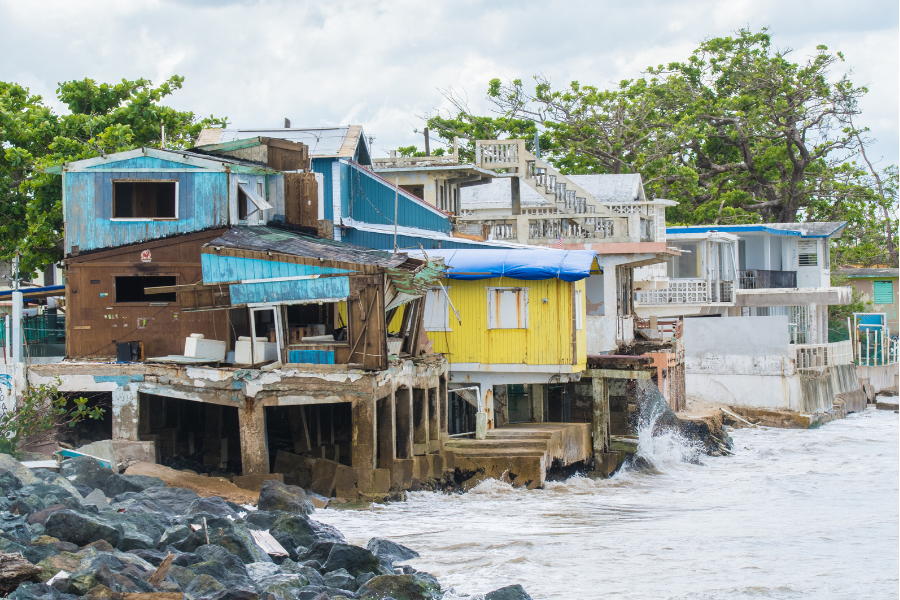 According to the United Nations Refugee Agency ACNUR, more than 20 million people must leave their homes and move to other areas of their own country every year, due to the dangers caused by the increasing intensity and frequency of extreme weather events.

On Thursday, September 22, the Orlando Sentinel newspaper reported on the congregation in two churches in Azalea Park, central Florida, to commemorate the fifth anniversary of Hurricane Maria’s passing through Puerto Rico; and also to pray for the new victims that Hurricane Fiona had just left in its trail.

The crisis in numbers

In 2017 Maria, a category 4 hurricane, devastated Puerto Rico and caused the death of more than 4,600 people, according to a Harvard University study. An estimated 50,000 Puerto Ricans were displaced from the island to the Sunshine State, according to economists at the University of Florida.

This week, Fiona was another hit for Puerto Ricans. It left at least 5 dead, widespread flooding and a battered power grid.

The Displacement Monitoring Matrix of the International Organization for Migration (IOM), detailed that Guatemala was one of the countries most affected by the hurricanes, together with Honduras and Nicaragua.

According to the Internal Displacement Monitoring Center, “Eta” and “Iota” caused 1.7 million new displacements, especially in Nicaragua, Guatemala and Honduras. The Economic Commission for Latin America and the Caribbean, ECLAC, notes almost 3 billion dollars in damages. Many of those affected ended up migrating to the United States.

ACNUR has been providing assistance and protection to a large number of refugees and people displaced by the effects of climate change. It also helps them to be resilient in case of future disasters.

The United Nations has been slow to officially recognize climate refugees. There are no protections for those whose livelihoods have been negatively affected due to climate change. The World Bank estimates that Mexico and Central America alone will have 1.4 to 2.1 million climate migrants by 2050.

However, there is a UN ruling that suggests that there is recognition of climate displacement. The UN High Commissioner for Refugees, Filippo Grandi, said that “If someone has an immediate threat to their life due to climate change (and enters another country) they should not be sent back because they would be at risk of their life, like in a war or persecution situation.

IOM says it is at the forefront of efforts to place environmental migration at the center of international concerns.

Since 2007, Member States have asked the agency to work on the relationship between migration, environment and climate change. In 2015, a Division entirely dedicated to Migration, Environment and Climate Change was created.

IOM’s objectives are to prevent forced migration resulting from environmental factors; to provide assistance to affected populations when forced migration occurs in situations of environmental change; to seek durable solutions to their situation; to facilitate migration in the context of climate change adaptation; and to enhance the resilience of affected communities.

Read the Article
PrevPreviousFlorida: on the brink of a climate change emergency
NextSolar energy: a lifesaver in hurricanesNext