Home / News / Climate Action / Florida: on the brink of a climate change emergency 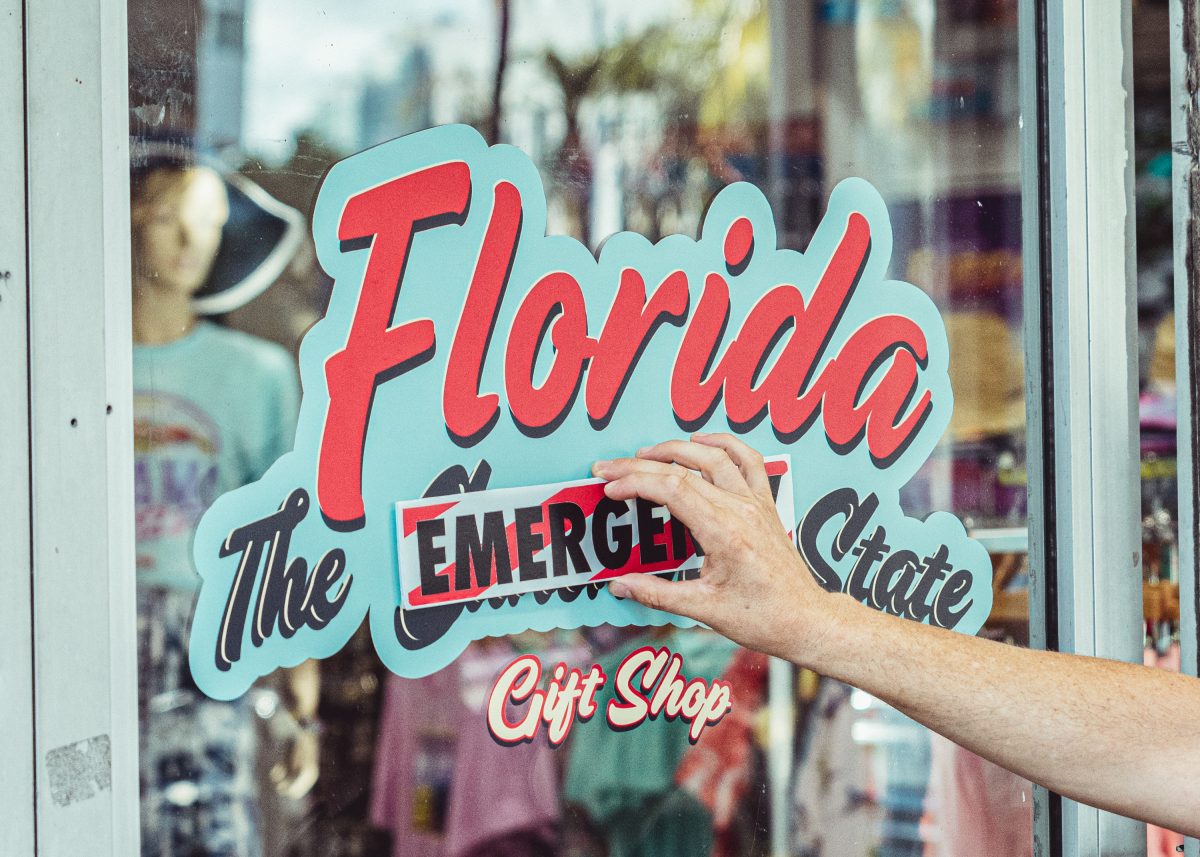 Florida: on the brink of a climate change emergency

An innovative campaign brings the climate crisis into the spotlight, aiming to put the state on a path to net-zero emissions and renewable energy now

The extreme dangers posed to the state of Florida by heat-trapping emissions are the focus of a new campaign, featuring a gift store where the unexpected happens.

With such stores being an iconic representative of Florida’s tourism economy, The CLEO Institute, VoLo Foundation and the Union of Concerned Scientists partnered with Miami ad agency Zubi to create The Emergency State gift store, which focuses on the most critical problem the state has: the climate crisis and how it will affect tourism, the economy and Florida’s coveted lifestyle in the coming years.

A short video takes place here, revealing shoppers’ reactions as they realize something is drastically wrong and learn the hard way how the impact of the climate crisis can affect their daily lives. The video can be viewed at cleoinstitute.org/floridainemergency.

The “Florida, The Emergency State” campaign calls on people to anticipate the effects of sea level rise and chronic flooding on their daily lives. The weather crisis in Florida affects not only Floridians, but also tourists and people temporarily living and doing business in the state.

Stakeholders can help address the climate emergency by signing a petition to put Florida on a renewable energy pathway and rapidly transition to net zero emissions.

A reality that affects us today

“Floridians are already experiencing the impacts of a changing warming climate in alarming ways. Extreme weather events like hurricanes and heatwaves are claiming lives, rising living costs, claiming precious habitat and species, erasing coastlines, threatening our drinking water supply, and so much more. Sadly, these impacts are not felt equally. Lower-income Floridians, and historically marginalized community members: people of color, indigenous communities, women, and the elderly, bear a disproportionate burden. The climate emergency can no longer be ignored, and our government has a responsibility to act with urgency and implement equitable climate solutions that prioritize people over profit now,” said Yoca Arditi-Rocha, Executive Director of The CLEO Institute.

“Florida is already suffering the impacts of the climate emergency. We have the technology and science to solve this crisis and protect the well-being of our communities. We must take the necessary steps to ensure we meet a net-zero emissions and clean renewable energy goal by 2040. The moment to act is now,” expressed Thais López Vogel, founder, and trustee of VoLo Foundation.

As the planet continues to warm and sea levels rise, the risks to the Sunshine State will continue to increase with extreme weather events affecting all areas of life.

These include higher costs of real estate, property insurance, energy and food, along with an imminent threat to our drinking water supply due to seawater intrusion.

With Florida’s sea levels projected to rise 10 to 17 inches above current levels by 2040, the Sunshine State faces increased risks of coastal flooding and erosion, frequent flooding in vulnerable coastal areas, and storm surge impacts from tropical storms or hurricanes.

“Floridians are on the frontlines of climate change, with sea level rise, rapidly intensifying hurricanes, and astounding levels of extreme heat set to batter the state. Florida’s communities deserve bold, science-based, decisive action by their leaders to protect them from these threats and limit how bad they will get,” said Dr. Rachel Licker, Senior Climate Change Scientist at the Union of Concerned Scientists.

Net Zero is achieved when greenhouse gas emissions produced by a country, state, city, company or even a building are offset by an equal amount of emissions being reduced.

“Florida, The Emergency State” is supported by Adsmovil, a pioneer in Hispanic mobile advertising and digital media; and The Invading Sea, the opinion arm of the Florida Climate Reporting Network, a collaborative network of news organizations across the state that focuses on the threats posed by global warming.

The petition for Florida officials to act can also be signed at cleoinstitute.org/floridainemergency.