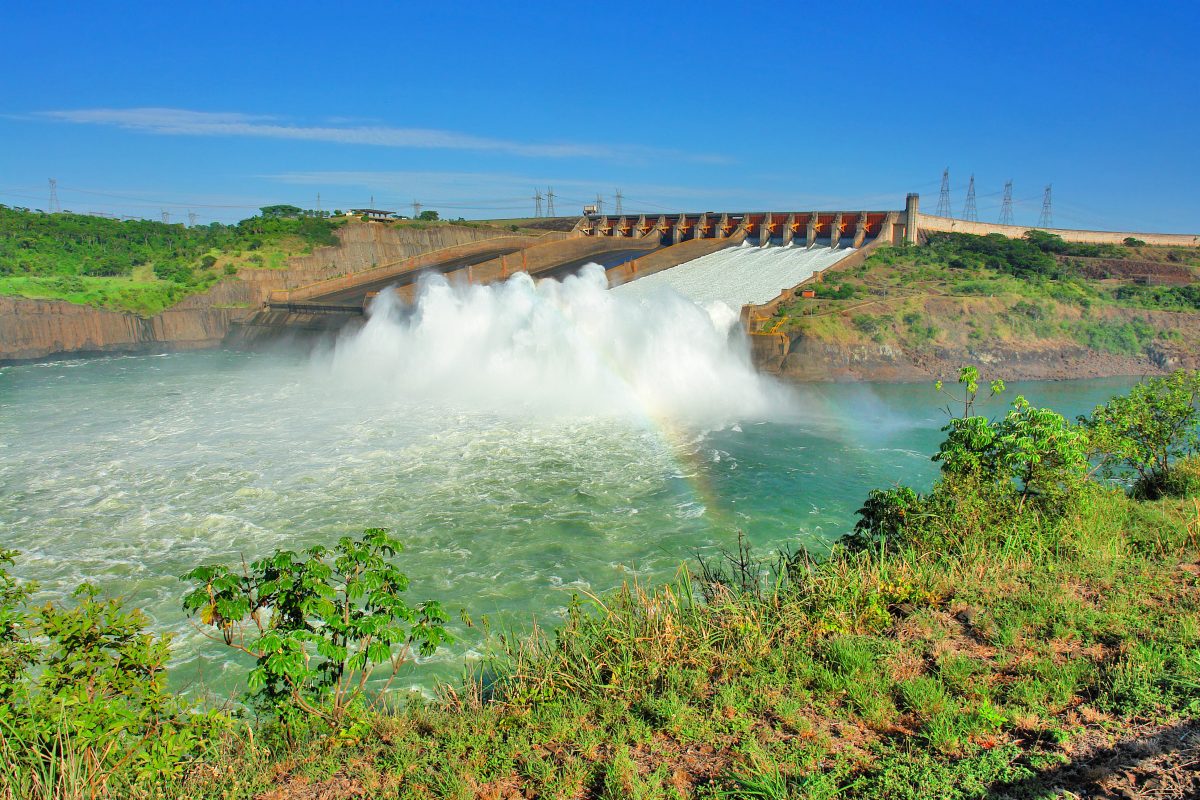 45% of Latin America’s energy comes from dams, according to information from the regional intergovernmental organization Latin American and Caribbean Economic System, SELA.

The same source adds that this is significantly higher than the world average of 16%, and that several new projects are being developed in the region.

The academic made the statement at a press conference convened by Ethnic Media Services to talk about Latin America. She added that “It is not a matter of resources but of direction, of how energy is managed”.

Folch refers as an example to the Paraguayan hydroelectric power plants of Itaipú, shared with Brazil, and Yacyretá, co-managed with Argentina.

Itaipú uses the waters of the Paraná River. It is the second largest hydroelectric power plant in the world, but it generates the most energy.

“The hydroelectricity between Paraguay and Brazil is very large, it has the capacity to supply electricity to California and a quarter of Texas,” says the spokeswoman. It is an installed power of 14,000 megawatts.  As reference, China’s Three Gorges Dam – the largest in the world – generates 22,500 megawatts.

It is worth remembering that in January of this year Paraguay became the only country in the world that obtains 100% of its electricity from renewable sources, after disconnecting the last thermoelectric power plant.

The expert on the subject says that the region is offering a signal for the future of water management between countries, as well as a lesson on how to generate electricity with international water resources.

She also praises the hydroelectric capacity of Venezuela, Bolivia and Colombia.

However, SELA warns that hydropower is not an infallible source since climate change could have considerable negative effects.

The agency points out that fluctuating rainfall, rising temperatures, melting glaciers and extreme weather effects, among other consequences of the climate crisis, may negatively affect hydroelectric power plants and power generation in general.

For them, “This should force governments and investors to adapt to some of the already noticeable effects and to consider different climate scenarios when assessing the reliability and profitability of new hydropower projects.”

Meanwhile, Argentina’s target, which remains below other countries in the area, is for 20% of its energy to be renewable by 2025 and they hope to do so through wind.

According to the latest global electricity report published by Ember –a London-based energy think tank– wind power supplied 9% of Argentina’s electricity in 2021, up from zero in 2015.

“The installation capacity of windmills has increased almost 14 times. They are very common in the south of the country,” Folch mentions.

The direction, persistence and speed of the wind present a maximum almost simultaneously, which is why they are among the regions with the greatest wind generation potential on the planet.

Read the Article
PrevPreviousAugust, a month to highlight the importance of water
NextTips to save water at homeNext